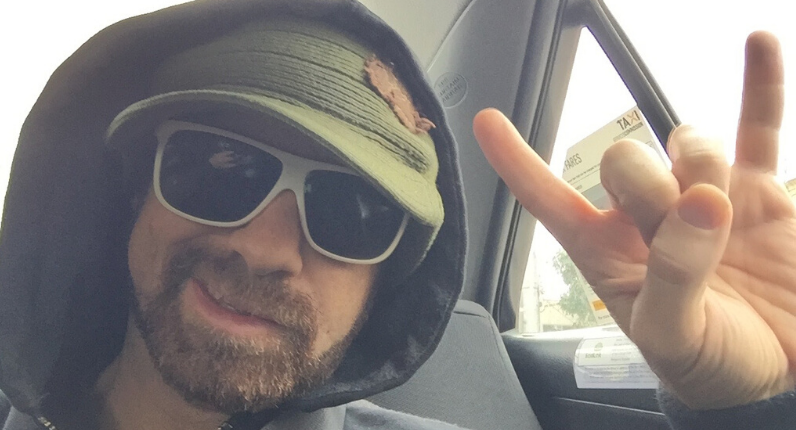 I was open and I was cocky, so now it seems only appropriate that I own up to that cockiness. <a “=”” href=”http://www.camerongill.com/?p=489″>Timmy returned and I believed I had it all under control. After all, it was just a bit of brain surgery. What could go wrong? I’d done it twice before, so I knew what I was getting myself in for… Only I didn’t know.  The surgery went well. The recovery not so much.  That night I got up and walked – pretty good for within 12 hours of major surgery. But then later and the following day, I struggled to manage the pain, especially given I could only take panadol, a measure that kind of seemed like taking a garden hose to a bushfire. It wasn’t long until I was overwhelmed. The firestorm front changed directions and as the rising nausea moved into vomiting, I found myself in a position difficult to get out of.

But after several scans and adjustments in medication, there was a change in symptoms long enough for me to prove I was fit enough to go home. I was getting cheeky with the team by that stage – surprising, I know (so many ways to have fun in the hospital). But by this time I was no longer quite as cocky – I was just trying to make my time inside a little bit more fun and less serious. I’ve always thought that life was too serious to take seriously. Still cocky, just a little bit humbled. 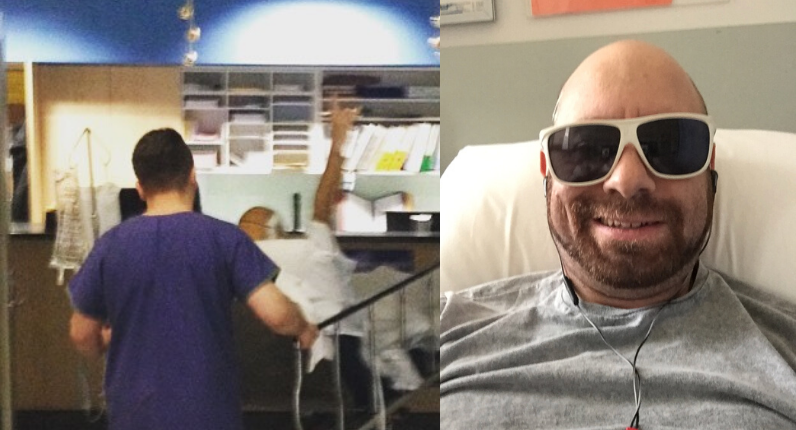 I now knew I was in for a bigger challenge than I had expected, a challenge that might push me further than I was expecting. This was not going to be a simple go in, open my head up, cut Timmy down, put on a little show, staple me back up (preferably zip me back up) – and get on with the crazy life I like to lead. I was going to have to work for that. It was not just going to be handed back to me.  I was not simply entitled to it; I had to earn it back. I got to work as soon as I could, building up my strength preparing myself to be strong enough to earn back that crazy adventure. But like any good movie, it wasn’t going to be that easy. Surely a brain tumour was a big enough challenge? Apparently not this time. This time a different challenge. I found myself back in hospital less than two weeks after the surgery, and this time it took longer than three days to break out. I haven’t posted for a while, and I know people have been worried and curious. So why did I stop posting? It’s actually a really simple reason, a practical reason. I could not look at the screen. Well actually, it was beyond that. For a few days I lost my ability to see, not because I’d lost my vision, but because I was so sensitive to light that I was unable to open my eyes. 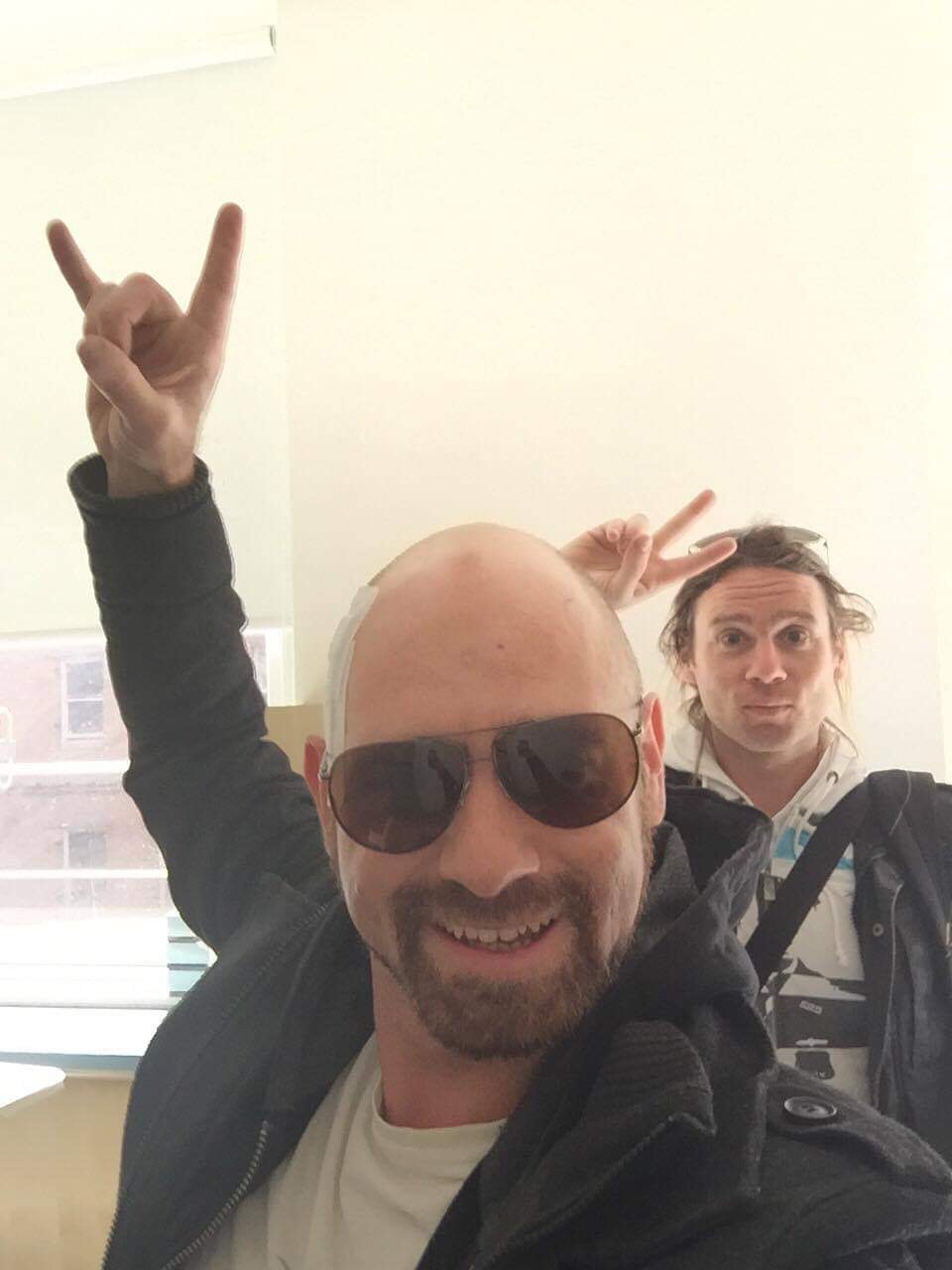 Sometimes it is also difficult to share parts of the journey as they are not joyous things to be going through, and they cause people to worry. Let’s be honest: my journey is one that can pass through some dark areas and bring up things most people don’t wish to think about. But this is my journey. Finding fun and light in those places of darkness is I guess a specialty of mine. But despite being able to laugh in these dark places, it still can cause people to worry, and causing worry is not what I want. The reason I post is to hopefully help people realise they are capable of more than they believe they are, and they are stronger than they think they are. That inside them they have a superhero version of themselves that is just waiting to be unleashed to fully experience as much life as is possible. All of the bits of life – the lows as well as the highs. Typing a lot of words is hard, and the brightness of the screen is a challenge at the moment, so the easiest way to share how I’m going is to tell you… although that isn’t easy either. So here is another video on my latest challenges… what?… you didn’t think I was going to take the easy road, did you? No where near enough adventures there. That would just be a boring flat plain. I prefer the peaks and lows of mountain ranges. With maybe just a few less firestorms. See below to view the video. Thanks for reading and watching! Cameron Gill Yes, I have cancer!

Here are the links I mention in the video:

Caitlyn’s Stories: A recipe for Peace