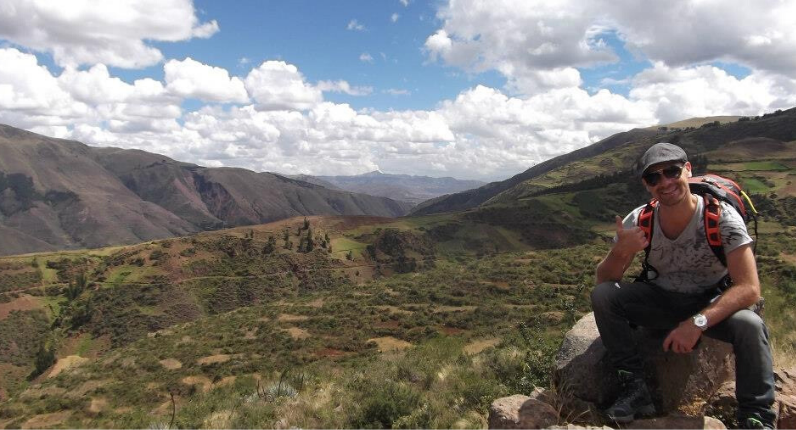 When we talked to Cameron about ways that people might like to honour his memory after he was gone, he was worried we might build some kind of shrine. He hated the idea of being held up on a pedestal. He had visited many martial arts schools in countries all around the world, and there were some training halls where students had to bow to the photo of the founder on the wall. This made Cameron very uncomfortable. “Definitely not a shrine,” he said.

We talked about a memory garden, which he was more okay with. “As long as it doesn’t become a shrine!” Just a place for people to sit, reflect, enjoy the outdoors. Even better if it was a vegetable garden, and the superhero kids that he loved to teach could grow their own food. As long as there was some benefit or goodness to come from an action, be it through learning, or feeling safe and supported, he was okay with us doing something to commemorate him. After some extra thought, he told us, “If people want to do something, they can plant a tree.” He later added, “Tree planting is the answer to almost every question. That, and kindness.”

We loved this idea so much – how could we not? it was so Cameron – that we gave out saplings at his funeral. We decided not to stop at a community memorial garden. The whole world could be our garden. This was also very Cameron. Superfy everything. That was his motto. We asked people to share photos of the memorial trees they had planted, and Be kind. Plant trees. was born. Some of us joined local landcare groups and planted trees on National Tree day, others connecting with our community nurseries and helping with local reforestation projects. Be kind. Plant trees continues to grow, and we have some amazing new projects coming. We expect it will become a huge part of Cameron’s legacy, and something everyone can be a part of. You don’t need any special skills or to invest anything financially. Just a little of your time, and a connection with your local community. Volunteer, plant a tree, share your garden produce. Be Kind. Plant Trees.

We are still preparing for the launch of our website for Be Kind. Plant Trees. In the meanwhile, you can follow our adventures and projects on Facebook.

NB. Be Kind. Plant Trees. is a registered business of Cameron’s non profit social enterprise of his company, Impossible Co. Be kind. Plant trees. is the embodiment of Impossible Co, perfectly capturing Cameron’s wish to continue to create good in the world after his passing. The focus for much of the work of Be kind. Plant trees. has thus far been on the tree planting half of Cameron’s wisdom. The kindness part is obviously just as important, and is captured by one of his other legacy projects, The Bullying Revolution, which aims to create global change in the bullying prevention field through the creation of a cultural and social kindness revolution.  You can find out more about The Bullying Revolution here.