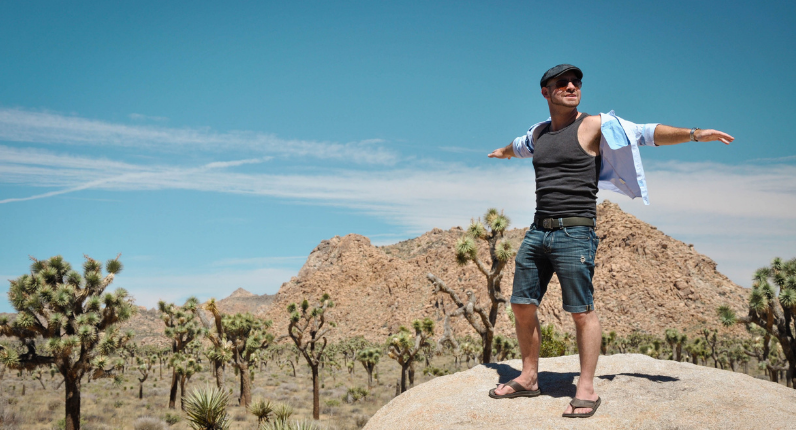 Today, Cameron would have turned 43.

From the very earliest days after his diagnosis, knowing he would have much less time than he had ever imagined for himself, Cameron worked hard to make as big an impact and help as many people as possible, living as much life as he could in the time he had. His focus was always on what he could do for others, rather than what wanted for himself in whatever time he had left.

However, there was also one night where Cameron dreamed about living to old age, waking up to the agonising reality that in his dreams he had lived experiences and created memories of a life he would never live. He wrote in his journal about the dream…

I dreamt I was old

I have always had a Peter Pan complex, never wanting to grow old but instead spend my days playing being that young playful, joyful, mischievous version of myself. But this morning I woke up with last night’s dream replaying continuously in my head. It was on a loop. I had 40 years of memories I’ll never actually have. I will die before having the chance to make those memories.

Cameron wrote much about the things he wanted to experience, achieve, impact upon, and leave a legacy for. We will continue to share his writings with you as he hoped.

In this dream and his writing about it, we hear regret. Cameron was not a subscriber to the idea of living life with ‘no regrets’.  He regretted things and believed that if you had no regrets then you hadn’t pushed yourself or taken enough risks.

However, that is a squirrel for another blog.

You’re alive… Being alive is one thing, but it’s more than that. It’s about being able to do the things I’m staying alive for.

Cameron was focused on the life in his years, not the years in his life. In fact he once said that his prognosis was his superpower – possibly the biggest “Reframe” ever.

In saying “You’re alive”, he was talking to himself, reminding himself that nothing is impossible, but time was limited, so he’d better start flying.

He was talking to those close to him, who were afraid: He was saying, “You’re alive, I understand you think climbing a volcano is dangerous for me and probably impossible, but that is from your perspective. What is the worst that can happen to me? That is going to happen anyway”. (Although he never confronted us with that statement directly, we understood, and we got him up that volcano!)

He was also talking to anyone who would listen (and those that won’t): “You’re alive; what is your excuse?”  And he continued with that message:

Getting old is a privilege.

It’s something people should feel happy about instead of feeling dread.

He wrote this as a wake up message. Cameron would get frustrated by complaints, and in reminding us that getting old is a privilege, he was telling us not to waste it or take it for granted.  Sure, look after yourself, stay healthy and exercise. But don’t let getting old paralyse you with dread. Don’t fall into a cycle where you waste so much time dreading getting old that you forget to live and be happy you are alive.  Cameron called it a gratitude perspective.

Cameron concluded this line of thinking (for now anyway) with a question.  It is one that he asked himself many times and one we’d like to ask you today, on his birthday:

What would you do if you had one year left to live…?

It’s not that you have one year, it’s that you’ve lost the next 40. How would you fit 40 years into one?

Kindness and tree planting are the answers to almost every question