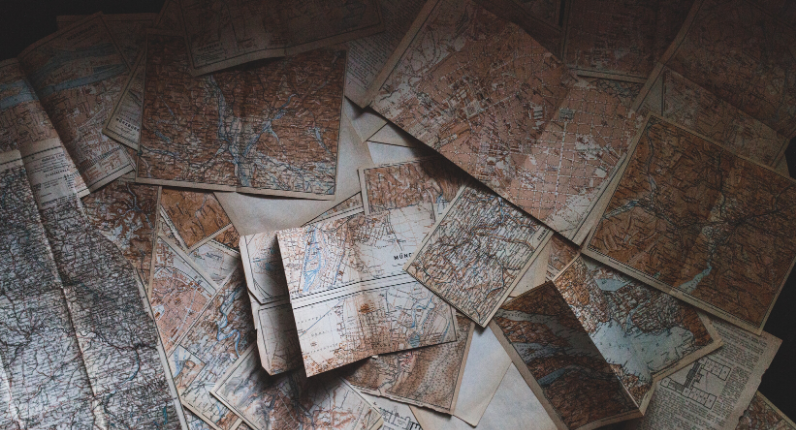 A few months ago, as we prepared to relaunch this blog, with posts about his journey in his own words, and writings about his legacy from those closest to him, we began to plot all the ways we could celebrate Cameron on the one year anniversary of his passing.

We had so many plans. Nathan and Michelle were coming to Australia, so the family would be together. We bought tickets for Cirque du Soleil, Cameron’s favourite, performing a brand new show in Melbourne. We had prepared the garden at the Supercentre for a memorial tree planting, a morning of Saturday fun classes playing all Sensei’s favourite games, followed by a Paragon family picnic, and a community planting day in one of the local landcare restoration areas on the Sunday. These were just a handful of our ideas.

The best laid plans of mice and men...

The world is a crazy place right now. The first thing that was cancelled was Kelli’s trip to Vietnam, and then Val’s trip to visit Nathan and Michelle. Then Singapore was locked down, and Nathan’s opportunity to come to Australia was lost. We joked that Cameron mustn’t have wanted us to make a fuss over him, as day by day, the world landscape changed, and we started to feel the greater impact of this global pandemic on our very local and personal lives. The email from Cirque saying the show was cancelled was not unexpected. All the other gigs had already been rescheduled, and the hope that the open air event might survive the cull was only a tentative one. It seems obvious now, that the show would not go on. But this was six weeks ago, when social distancing didn’t even have a name, and homeschooling wasn’t being lamented by parents the world over.

Last week, we closed the Paragon Supercentre, as the axe fell on indoor sporting venues. We discussed how Cameron would not have liked being referred to as an indoor sporting venue. ParagonInc was a superhero school, not a sporting club! It mattered not though; within days the schools were closed too. But we had seen what was coming, and as we discussed how Paragon has survived harder challenges in our journey over recent years, we rose to the challenge and opened an online supercentre the next day, so we could continue creating superheroes via a remote learning platform.

Many Paragon families have been telling us how proud they believe Cameron would have been of how we rose to this challenge, and threw ourselves into this adapted teaching mode, to make sure that our families do not miss out on the opportunity to thrive as a result of the current situation. Cameron would not have been surprised by the swiftness of our action. He would have expected it, because rising to the challenge, finding our super, looking past the impossible to find super solutions, is what he trained us to do. Nothing would have stopped him from bringing his superhero programs to the kids. Nothing will stop us from forging ahead with continuing his legacy.

Cameron's influence on our actions

It was impossible to ride the rollercoaster of the last couple of months without regularly reflecting on, “What would Cameron do?” It’s a bit of a mantra, that sometimes helps guide our journey. (Sometimes it leads us on wild squirrel chases too, but that’s, well, a squirrel!) Cameron’s approach to formidable challenges, as we saw every time something difficult or even impossible was put in his path, was to seek out the opportunity. Viktor Frankl, one of his favourite authors, said: When we are no longer able to change a situation, we are challenged to change ourselves.

This seeking of a reframe, or perspective shift, was vital to Cameron maintaining his sense of purpose and pushing forward with bringing his vision to life, even in the face of his own mortality. His lessons and his leadership by this example prepared us well for recognising our privilege in these challenging times, expressing our gratitude for what we do have rather than lamenting over what we have lost, and finding the light in the darkest moments.

I remember one day in the months before he died, apologising for being later to arrive than we’d planned, as I’d been stuck for forty-five minutes in traffic. “Lucky you were,” he deadpanned. “It took me forty minutes to get my pants on.” Yes, I was lucky he was wearing pants. He had use of only one side of his body by then, and because he’d sometimes get his t-shirt all tangled up so that we’d arrive to find him sitting in his wheelchair in an accidental straight jacket, he had a system that relied on him always starting with pants.

There were messages in his humorous outlook: think twice before you complain about your first world problems and frustrations; no matter how hard things seem, there are always other people struggling with something that trumps your trivial complaint; and always look for the upside when you think you’ve fallen on hard times.

This was not to diminish others’ hardships; Cameron definitely recognised that suffering was contextual, and would never dismiss another person’s headache when his brain was exploding inside his head, or minimise another person’s seemingly minor loss when his world was about to end. He never forced his perspective.

What would Cameron do?

So what would Cameron do in these crazy times of the global pandemic?

Cameron would be angry at the selfish madness of toilet paper hoarding, but would share a thousand poop joke memes. He would remind us that compassion is also contagious, and would encourage us to share a kindness virus (a hashtag he invented years before this pandemic). He would shift the language of social distance to physical distance, and encourage us to remain socially connected. He would not let us feel isolated. He would reach out to everyone he knew, to make sure they had what they needed, even if he was in need. He would not use #stayhome as an excuse to sit on the couch; he would find creative ways to work out. He would draw, create, write. He would not complain about cancelled trips (he always had a trip planned); he would use the time to teach himself to play an instrument, or learn a new language. He would hand over his last cup of rice to a next door neighbour and find something else to eat… or go without. He would respond to challenges with kindness, always.

The lesson, I suppose, is we can all find another, brighter perspective, even when all seems lost. We continue to mourn his loss, to miss him, to long for him, to cry for him… but we celebrate his life, we laugh at shared in-jokes and anecdotes, we have grown in the strength we draw from each other, and we try to keep it real, which keeps him real and alive in our memories and our hearts.

When things are especially tough, we can draw upon the knowledge that we will not just survive these challenges, but will continue to thrive as a family and a community. We know this, because we already have.

“But mouse-friend, you are not alone

in proving foresight may be vain:

the best-laid schemes of Mice and Men

and leave us only grief and pain,