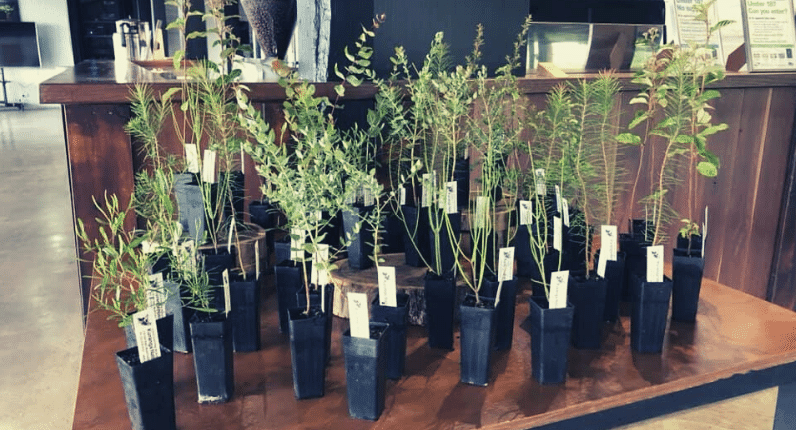 I’m not going to translate this one, because it’s obvious.

What can we do to make the world better?

These were the words that Teresa read at Cameron’s funeral celebrations, subsequent to the fourth message on the summary of things Cameron wanted us to know. The story of kindness and tree planting is as follows: in conversations preceding his death, we talked about what people might like to do to honour his memory. Cameron was very opposed to any kind of shrine or memorial, as he hated the idea of being put on a pedestal, but after some thought, he said, “If people want to do something, they can plant a tree.” He later added, “Tree planting is the answer to almost every question. That, and kindness.”

To honour his memory, we gave out saplings at his funeral. We asked people to share photos of the memorial trees they had planted, and Be kind. Plant trees was born. It continues to grow and is a huge part of Cameron’s legacy, becoming a non profit social enterprise of his company, Impossible Co.  (You can read more about Be Kind. Plant trees here.)

This is Part 4 of 5 of Teresa’s eulogy for Cam. Thank you for reading. Click here to return to the introduction (Unfinished Symphonies).