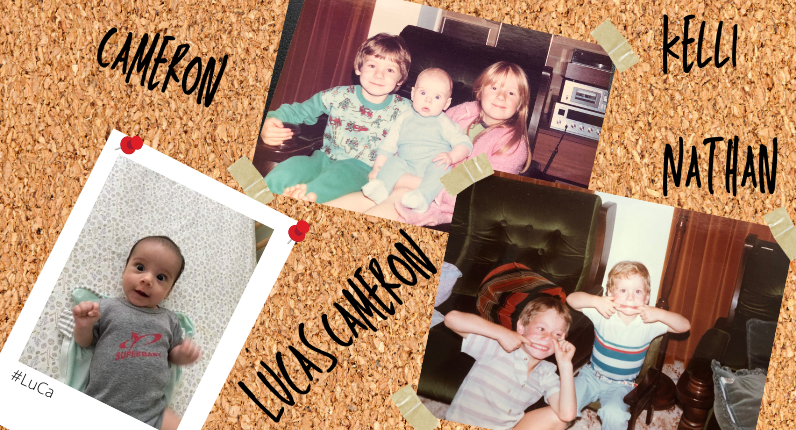 His name is Lucas Cameron.

He would have loved his Uncle Cameron.  Just like his niece Abbi loved her Uncle.  Cameron’s icloud was full of photos of his niece, the two of them giggling and pulling faces.  Cameron lived for kids and it seems so unfair that he never got to meet his nephew.

LuCa, you will still learn from your Uncle Cameron, as Cameron’s lessons are still being taught today by those who knew him, and remembered by all those who met him.

LuCa will know that his Uncle Cameron loved him even before he was born.

He will not live in his shadow, nor be expected to fill any shoes.  Instead he has been born with a role model to look up to – much like his father had in a brother.

I will tell LuCa stories of his Uncle Cameron and share his vision with him.  He will lead his own life with the advantage of being able to ask himself “What would Uncle Cameron do?” whenever he is unsure – much like his father does now.

His Uncle Cameron was a SuperHero. He made the seemingly impossible possible. He defied those who told him he could not do something. He refused to listen even when the voices were his own.  When he saw a wrong he strived to correct it. He challenged reality and saw possibility. He had fun and sought to amaze. He was courageous and bold. He strove for excellence and led by example.

LuCa, you have a valuable gift and I can’t wait to show you how to use it.

Yours was a deliberate name choice.

Your name is Lucas Cameron.