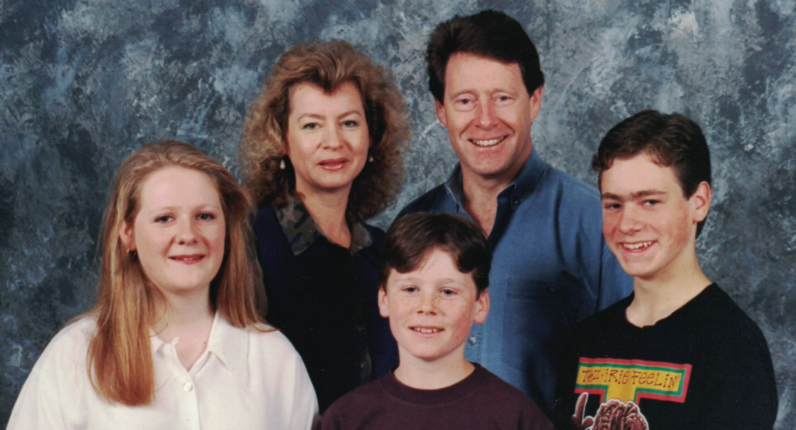 We were somewhere around Brigade Hill on the edge of the Kokoda trail when the contaminated water began to take hold.  I remember saying something like “I feel a bit lightheaded; where’s the drop pit?” And suddenly there was a terrible rumble from inside us.

Shoulder to shoulder in a two-man tent – a title which was a gross exaggeration, Cameron demonstrated once again what a superhero brother he was.  We were taking turns sitting bolt upright in the tent with a panicked look on our face followed by a sprint to the drop-pit with the occasional stop by a bush on the way. The wild dogs following us, looking for a meal.  Sometimes we’d meet in the paddock, one looking relieved going one way, the other in full sprint going the opposite way.

Freshly back from a particularly vigorous sprint.  Lying down next to my brother, body screaming from the hike we were in the middle of and our insides trying to escape. I was calculating in my head how far we’d walked and therefore how far we’d have to walk to get to a hospital, quickly followed by calculating the closest location of a helicopter land site. My calculations were interrupted as I sat bolt upright yet again – eyes like saucers.  Cameron looked up at me with not a sign of pain or discomfort and asked me with that grin on his face “going to feed the dogs?”

In that moment I felt we were going to be fine.

You may have heard of Cameron the SuperHero Sensei. And stories of how super he was.  He was Kelli‘s and my brother. And when you look at any siblings it is easy to think that ‘oh yeah they think their brother is pretty super’.  But you all see it too! Like a child with an imaginary friend who finally meets someone else who can see their friend.  This is how it feels to us when others see SuperHero Cameron.

You may have also heard about how superheros get their powers – usually by some accident involving a radioactive spider.  But Cameron turned himself into a superhero, and he started from as early as I can remember.

My first observations of a superhero in the making was his focus and perseverance. An incredibly talented man, some may not know that these talents were not things he was born with.

Cameron was not born a superhero, he turned himself into one.  He then created the Super School to teach others to do the same.

Our Father – a truly great father, taught both Cameron and I the way to be a man.  He supported every endeavor. If we showed an interest in something, dad would be there to support us and show us that if you are doing something, do it properly – focus, persevere. With karate it was even to the extent of dad joining the classes, getting deeply involved with the running of the karate school and training with us at every available time.

A quick side note of interest: Our father taught us to be men.  Cameron showed me how to read between the lines of those lessons. I’d be happy to talk more about what I mean there, anytime, just ask.

Our Mother – the definition of a mother. Taught Kelli, Cameron and I strength, love and devotion.  Never too far away and never too close. She crafted her life expressly to raise her children. Cameron, the boy crafting himself to be a superhero saw these superhero traits and absorbed them.

I think Cameron’s first superpower was his extreme focus. Cameron focused on what he wanted to achieve and then worked hard until he achieved it.  His second superpower therefore was perseverance. – taking these learnings from Dad. He then pivoted his focus as he got older 180 degrees to dedicate himself to others – to craft superheros in the world.  Traits derived from Mum. He was his parent’s son.

You may have also noticed that SuperHeroes show their super powers in times of great need. An asteroid is flying towards the earth and the usually mild-mannered Clarke Kent becomes Superman.  This is not the case with Cameron. He was always wearing his cape – figuratively but sometimes literally.

Everything he did was super. From creating the incredible Super School, to following the existing kinks in a laptop power cord to ensure it is put away neatly every time.  When you looked closely as he did his flying kicks you’d sometimes notice he’d hang there for just a little longer than was humanly possible – his super escaping.

Cameron could change the course of lives in a single interaction.  My sister Kelli, Mum and Dad had 41 years of interactions and I had 36. He taught us so much.

A boy once confined to hours a day sitting at the family room table on a ventilator wearing a mask to treat his extreme asthma. He transformed this to become the extreme athlete you all knew him as.

A boy who once (and not for the last time) broke his back. He transformed this to become a competitive weight lifter.

A boy who was once bullied relentlessly. He transformed this to lead an international movement with Teresa to create a world without bullying.

A man who after two brain surgeries was walking that night.

A man who was paralyzed on the left side of his body, standing – not sitting – as the best man in every sense of the word by my side at my and Michelle’s wedding.

What does this tell me and what message does this leave to us all.  Nothing is impossible. SuperHeroes are created, not born.

I love you Cameron. I miss you like hell.  Eddie – we will do the old swagger together again one day.

Looking to the left